was established in 2019 with an initial focus on Land Systems.

The company has been selected as the sole tender for Land 8116, a $2 billion project which will see the Commonwealth acquire self-propelled artillery to be manufactured in the Greater Geelong area of Victoria.

is a subsidiary of

. The latter has grown to be the largest and the most influential defense corporation in South Korea.

is currently pursuing two major programs in Australia, Land 8116 and Land 400 Phase 3. As part of these two programs

will build an Armoured Vehicles manufacturing and R&D centre in Victoria, Australia. It is anticipated the facility will support all

both globally and domestically. An important aspect of this will be the creation of opportunities for both Australian and Korean companies in their respective national supply chains.

is closely partnering with SMEs in the Australian industry to help build Australia’s sovereign defence capabilities. SMEs with different manufacturing capabilities can engage

via a newly established Australian industry portal Bench on to become supplier. We have conducted extensive industry briefings and engaged with over 600 companies in the course of identifying and creating our program supply chains. A key part of this has also been the encouragement of global technology companies, such as Soucy and Plasan to establish a presence in Australia. 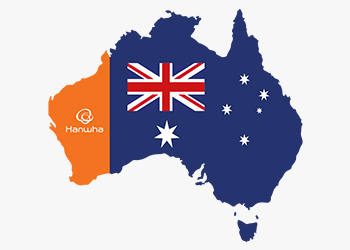